7 Of The Most Annoying Things People Do Whilst Driving

I would like to say that everyone drives like they were taught to before they passed their driving tests, and that we all abide by the law when we are out on the roads, but in reality this is sadly far from the truth. 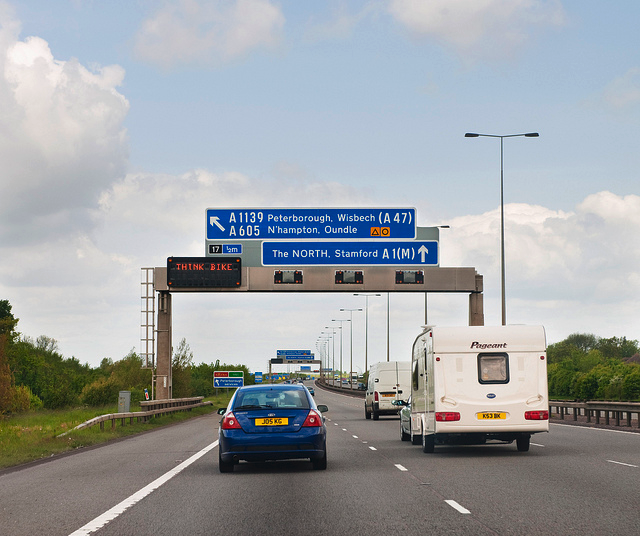 I will happily hold up my hand and admit that when I first got my driving licence back in my younger days I did act like a bit of a hoon when I was let loose on the roads, but as I got older I realised how my bad driving affected other motorists, and nowadays my more-refined and safer driving has paid dividends (i.e. cheaper car insurance and no more penalty points on my driving licence).

As a motorist, I almost always come across some really annoying, stupid and just plain dangerous examples of driving by other people.

Here are seven things that drivers commonly get up to on our roads, and I’m willing to bet many of you reading this will also have come across some, if not all of these things yourself as you go out and about in your car!

1. Hogging the middle and ‘fast’ lanes of the motorway

Although the police will now issue on-the-spot fines for slow drivers causing tailbacks on the motorway, people still do this, unaware of how their slow driving is affecting the rest of the motorists!

2. Covertly driving at night with no headlights on

I was actually down my local supermarket earlier, and I spotted some guy in a Honda Civic driving past on the main road with no headlights on, and what made matters worse was he was going faster than he should have…

3. Sharing their taste in music with everyone else

Just because you love listening to dubstep or manufactured boy bands at high volumes does not necessarily mean the rest of the cars that are also sitting at the traffic lights do too.

4. Cars that don’t have indicators fitted as standard

Either BMW and Audi charge their customers extra for fitting indicators to their cars, or the drivers of such cars do not know how to operate them. Perhaps they should go to rrg-group.com and buy a car with easy-to-operate indicators that are fitted as standard to the cars they sell.

5. Drivers that have to look directly at passengers to talk to them

This is so weird; I don’t really understand why drivers have to turn their heads to talk to passengers sitting next to them when they are driving down a dual carriageway at 60mph?

6. Showing off by stalling at the lights

I’ve lost count of the number of young people in modified Corsas and Fiestas who try to show off their expert driving skills by repetitively revving their cars at the lights only to stall when the lights turn green.

Presumably they were checking that the exhaust note from their 5-inch big bore exhausts attached to their 1.0-litre engines still sounded “awesome”, and then they forgot about the whole clutch biting point thing?

7. Drivers who suddenly remember where the accelerator pedal is

Sometimes you will come across drivers who appear to be suffering from some kind of memory loss and forget where their accelerator pedal is. They will coast along a road with a 40 mph limit doing around 20 mph, and then when the lights they are approaching turn amber they floor it, driving at an estimated 70 mph.

5 Awesome iPhone Apps To Use On Your Next Road Trip

An Expert Guide To Maintaining Your New Toyota

Calling All Van Drivers – Here Are The...

The Costs of Keeping A Work Van on...

Definitive Ways to Prepare For Your Driving Test

The Pros and Cons of Buying a Brand...

4 Basics To Consider Before Buying A Car...

Car Based Beds (Our 5 Favourite)