The latest statistics from the government show that car crime (specifically thefts from cars) are decreasing, which is obviously welcome news, however, this does not mean that theft from cars has not been completely eradicated. 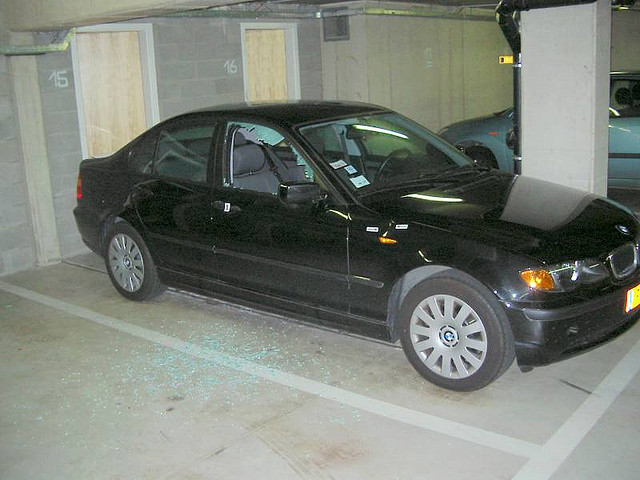 One thing that you may be surprised to learn is that most of those thefts are actually opportunistic; in other words, thieves don’t specifically target a vehicle; they will only break into one if they think they have a good chance of stealing anything valuable.

Why do people steal from cars?

People have all sorts of motives for stealing valuables from cars. Some may be dependent on drugs and steal to sell valuables on in order to raise money to feed their addiction, and in some cases there may be socio-economic factors involved – i.e. thefts of valuables from cars parked in deprived areas of Britain.

Whatever the reason the facts remain that stealing is a crime, and theft from cars is upsetting, stressful and an inconvenience.

There is a cloud with a silver lining in all this, however, and that is you can take some simple steps to reduce the likelihood of such things from occurring; here are 7 of them to help you out!

1. Hide valuables out of sight

As I mentioned earlier, most thefts from cars are opportunistic. Thieves will often break into a car if they see a valuable item such as a smartphone or laptop in full view. The answer to preventing such thefts is simple: hide all valuables out of sight!

If your car stereo has a removable fascia, then you should remove it when you are going to park your car for long periods of time and either take it with you or keep it in the glovebox. A car stereo without a fascia is useless to a thief.

3. Invest in a steering wheel lock

Sometimes thieves may want to steal the actual car itself rather than its contents, so to prevent this from happening you should invest in a steering wheel lock such as a Disklok, which is a great visual deterrent.

Most cars these days have central locking and these systems often incorporate a deadlock. In a nutshell, a deadlock stops a person from attempting to force a car door to be unlocked using a metal rod or similar.

5. Get a newer, more secure car

Sometimes thieves may break into an old car because they are very easy to break into, and they don’t need to smash any windows, thereby not attracting attention to themselves. If you have an older car, you should consider investing in a newer, more secure model.

It’s pretty easy to get a good deal on a new car, so whether you go to a car supermarket in London or a local main dealer, you will be sure to find the car that suits your budget and requirements.

6. Park in a well-lit public place

Many car break-ins often go undetected because they occur where a car is parked up in a dimly-lit or pitch-black area that is not frequented by passers-by. Ensure that you park your car somewhere well-lit and safe.

7. Invest in an alarm

Modern cars tend to have alarm systems as standard from the factory, but if your car doesn’t then it can be a great way of attracting attention to your car in case someone tries to break into it.

Car Safety: Why These Bad Habits Can Cause Accidents

What To Look For In Your Next Sports...

4 Basics To Consider Before Buying A Car...

What To Get The Car Lover This Christmas?

If You Want to Avoid Car Thieves Then...

Which Is The Best Reasonably Priced Car Around...

This Guide Will Show You Why It Makes...