One thing that is high on the agenda of lawmakers and car manufacturers is the amount of harmful CO2 (carbon dioxide) emissions that are produced from the engines of petrol and diesel-powered cars. 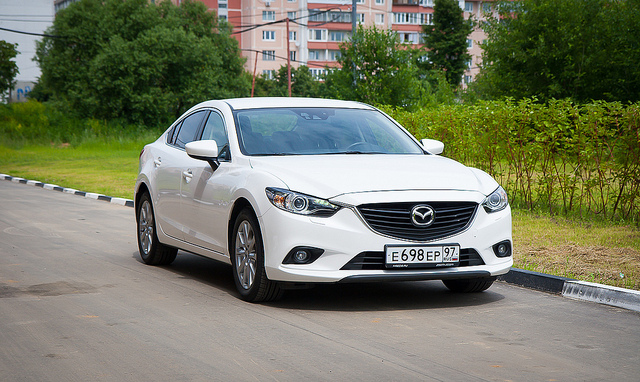 All parties concerned have targets to meet in order to reduce the high levels of those carbon dioxide emissions that exist today. In a bid to encourage the use of eco-friendly cars (and some might say, to make motorists pay extra taxes), the government taxes vehicles produced after March 2001 based on their CO2 emissions rather than engine size.

As you might have guessed, the higher the CO2 emissions from your car, the more tax you will pay.

If you want to make sure that your car emits as few harmful greenhouse gases as it possibly can, here are some ways that you can “do your bit” for the environment:

As with many components on a car, the exhaust system is only efficient for a certain period of time before it starts to succumb to the effects of the weather and outdoors conditions by corroding and causing exhaust leaks from the engine.

If your exhaust system is “blowing”, that is, exhaust gases come out through a hole in the exhaust pipe somewhere rather than the tailpipe at the back of your car, you should get it checked over and repaired or replaced as soon as possible.

The other benefit of attending to any exhaust system issues sooner rather than later is that if you have an MOT test coming up soon, your car will likely fail the MOT test due to the deterioration of your exhaust system.

Even if your car emits few CO2 gases into the atmosphere, if you spend a lot of time driving into a major town or city and there are always traffic jams wherever you go, you should consider taking public transport instead.

Idling engines add a lot of harmful gases into the atmosphere, and it is also a waste of fuel (which as a motorist you will know isn’t cheap).

Slow down and enjoy the ride

A useful tip for you folks with heavy right feet is to drive more sensibly and slower. For example, if you are on the motorway doing about 80 to 90 mph, you will create more carbon emissions and waste lots of fuel than if you were driving at 60 to 70 mph.

You aren’t going to get to your destination significantly quicker by doing those faster speeds, and if you drive faster than the speed limit you are likely to get caught speeding and receive a fine and penalty points on your licence for your troubles.

Sometimes the car you drive causes more harmful CO2 emissions than it should, so you should consider trading your car in for one that is more eco-friendly and economical on fuel. There are many car dealers in the UK that can facilitate this task for you, such as Mazda dealer Lifestyle Europe.

Car Safety: Why These Bad Habits Can Cause Accidents

8 Injuries That Can Occur From Having a...

Can You Buy An Exotic Car For Less?...

5 Of The Most Expensive Car Accidents Ever

Which is Better In A Used Car, Quality...

Motorbikes Vs. Cars – Which Is Best For...

5 Ways To Finance Your Next Car