The Benefits Of Buying Nearly-New Cars From Car Supermarkets

When people want to buy a brand new car, many of them instead opt to buy a nearly-new car. These cars are basically models that are anything from a few months old to say 2 years old, and there are many reasons why these are preferred over literally brand new cars.

It’s a well-known fact that brand new cars can take a massive depreciation hit, meaning that your new car could literally lose hundreds or even thousands off the value as soon as you drive it off from the car dealer’s showroom!

For the most part, nearly-new cars help you to avoid this financial punishment, yet still have a car that only has a few hundred miles or even just a couple of thousand miles on the clock! 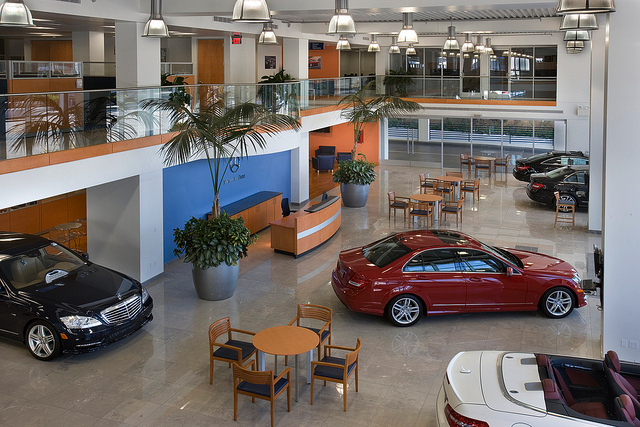 So we’ve established that those of you that want to buy a brand new car are financially better off buying a nearly-new example instead, but where would you go to buy such a car? The obvious answer might be “a main dealer”, but did you know that there is an increasingly-popular alternative – the car supermarket?

What is a car supermarket?

Have you ever been to a trade-only establishment such as Costco that sold all manner of items you would normally find in your local supermarket, but at cheaper prices?

Well, car supermarkets are essentially like the automotive version of Costco! Whilst you might not find any special offers on Fairy Liquid for sale, what car supermarkets do sell is nearly-new cars at prices considerably cheaper than what you might find at your local main dealer!

Car supermarkets such as Sandles car supermarket sell nearly-new cars from various car manufacturers, and the great thing is they are open to all members of the public; this means you don’t have to be in the motor trade to be able to buy a car from there!

The prices are significantly cheaper than main dealers, and because of their buying power you can be sure that car supermarkets are a more-reputable type of trader to buy from than say many of the independents.

Because of the deals car supermarkets have with main dealers and even some car manufacturers to offload old stock, one of the great things you will find with many of these car supermarkets is that the remainder of the manufacturer’s warranty on the car is still valid when you buy it.

This isn’t always the case with non-franchised dealerships, and is certainly something that gives car supermarkets a competitive advantage. But aside from that, by law they have to provide a warranty with any car they sell anyway.

Just like with any car dealership, you will be able to trade your old car in for a nearly-new one from a car supermarket, making your car purchase even more affordable (and attractive)!

Although I wouldn’t recommend part-exchanging your old car if it is worth a few grand (you will get more money for it if you sold it privately), it’s worth doing if your car is worth less than £1,000 because you realistically won’t get a huge amount of money more for your car by selling it privately.

Cleaning Your Car Regularly Is More Important Than You Think! Here’s Why

A No Nonsense Guide to Buying a New...

The rise of collaborative Robots

7 Of The Most Annoying Things People Do...

5 Reasons Why It Makes Sense To Sell...

The Best Mazda Cars From the Past Decade

The Greatest Cars Nissan Have Ever Made